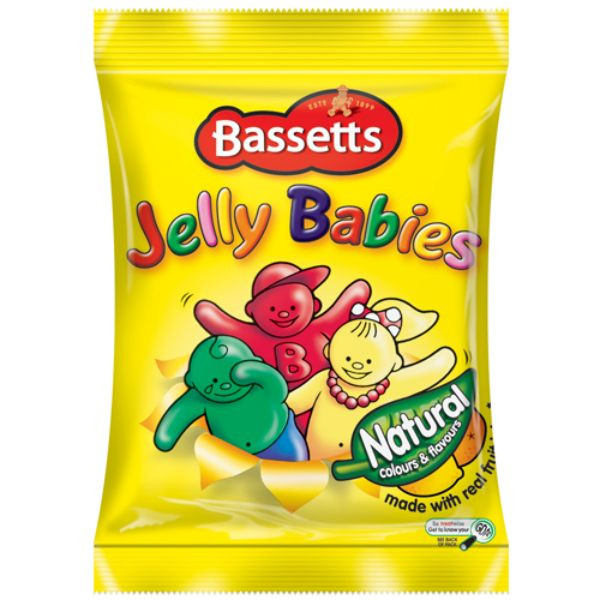 Bassetts Jelly Babies. (as eaten by DR Who)

Jelly babies are a soft sweet/confectionery that look like little babies in a variety of colors, which are very popular throughout the United Kingdom. They were launched by Bassetts in Sheffield as "Peace Babies" in 1919 to mark the end of World War II and in 1953 the product was relaunched as "Jelly Babies". In 1989 Bassetts were taken over by Cadbury Schweppes, who had already bought out the Trebor brand.

Bassett's Jelly Babies were changed in 2007 to include only natural colors and ingredients, they are manufactured in the United Kingdom and tend to be dusted in starch, they are similar in appearance to the Gummi Bears, although the texture is different, Jelly Babies have a harder outer "crust" and a soft center and they are yummy. buy them now directly from the British Shoppe, i bet you cant put one in your mouth without chewing it!