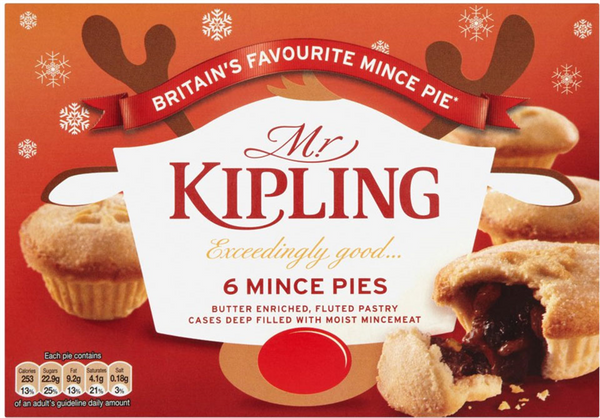 Buy your mince pies directly from us here at the British Shoppe.  Our mince pies are imported from England and are delight to all us British families and guests at Christmas time, oh and if you were wondering the pies do not contain minced meat.  Mincemeat is a preserve containing a bunch of apple, dried fruits such as raisins, spices, and shortening.  They are very delicious so don't delay as time is running out to order these lovely Christmas mince pies before they all disappear.