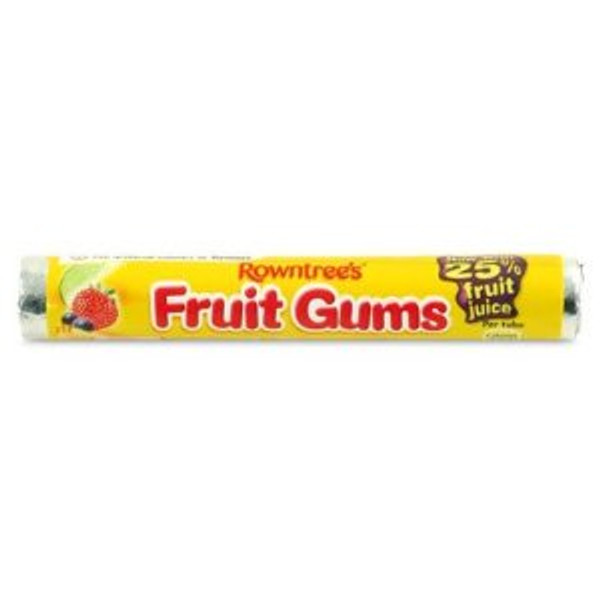 Rowntree's Fruit Gums are circular sweets formerly made by Rowntree's, who were later acquired by Nestlé. They appear in different colours, each with a different flavour: strawberry, orange, lemon, blackcurrant and lime. They are primarily composed of glucose syrup and fruit juices and are as a result similar to wine gums. In addition to the traditional roll packaging, they come in a larger volume box, that contains the sweets in the shape of the fruit or part of the fruit that the flavour represents. Originally the purple fruit gums were blueberry, but this changed to blackcurrant in the 1990s.