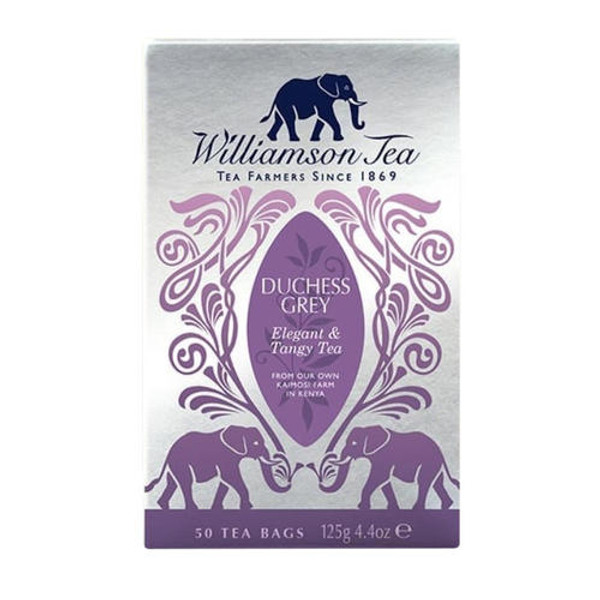 Exclusive to Williamson Tea, Duchess Grey is made with tea grown on our Kaimosi farm, at 6,000 feet in the highlands of Kenya, and flavoured with aromatic citrus oils. A well-balanced an aromatic black tea blend of unusual delicacy and craftmanship. Williamson Duchess Grey is an award-winning tea.